First 3 Days as a New Sister

So I'm Alive. Well duh, but more than that I'm living. My whole life I have lived for myself, yes sometimes I would think of others, but primarily my thoughts were turned to me. In the few short days I've been here I've been able to find a love and passion for serving others that I have never known. I'm still working on it, and its something I always will have to, but I'm amazed at how far I've come, and how awesome it feels to live as the Savior did, putting others first, and loving them unconditionally.

It still feels surreal that I'm a missionary, but its seriously so awesome! I kid you now I'm obsessed with my name tag, how wonderful a thing it  is!!! and to see everyone walk around bearing the saviors name makes me want to cry! but surprisingly I haven't!!! Didn't see that one coming did ya? Its odd, and very unexpected but I doubt this drought will last long. 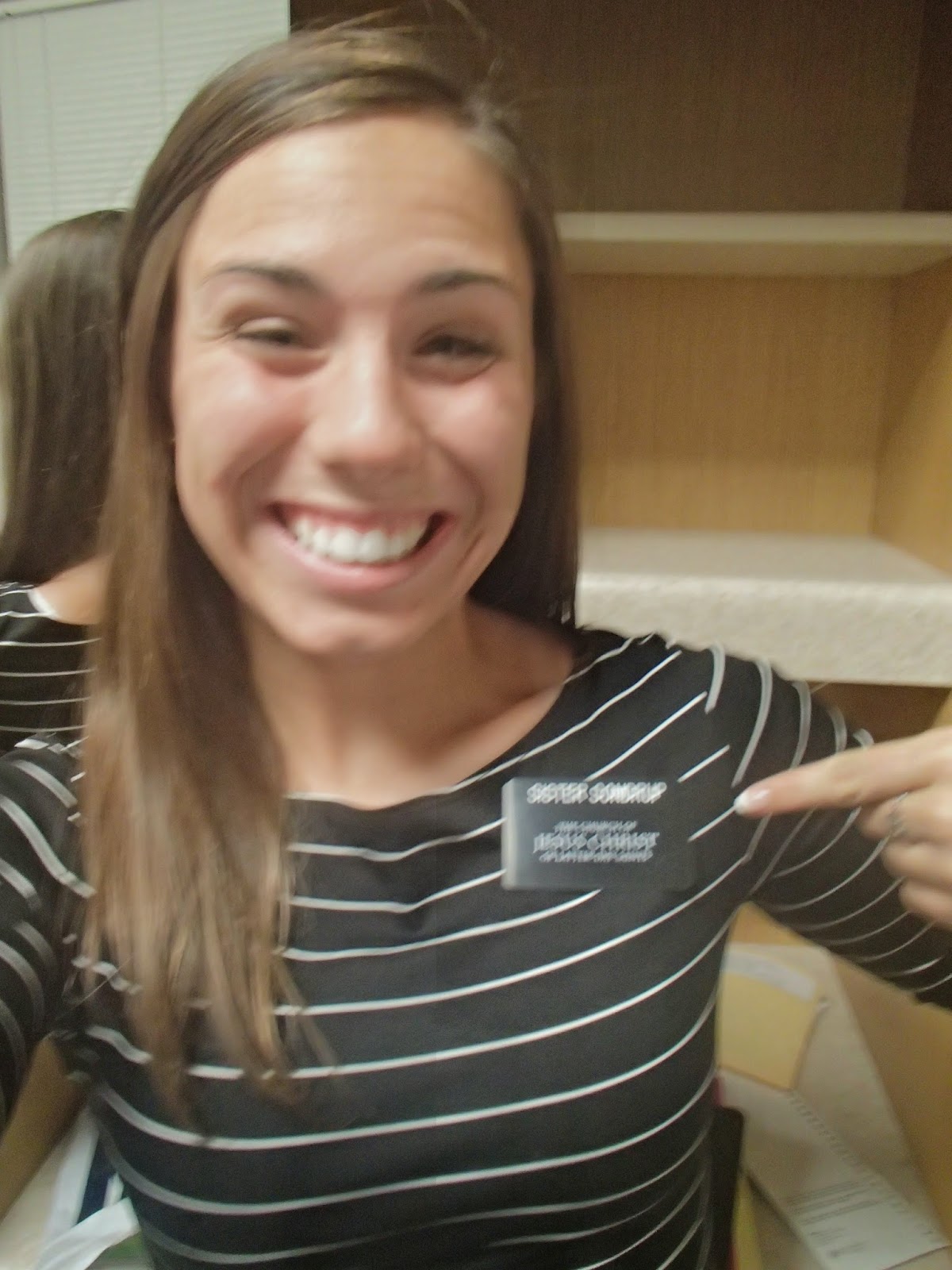 So funny story (not really but all the same). On my flight over I met this guy and he had a BYU shirt on we got to talking and I told him I was reporting to the MTC that day. Well to my surprise, he was welcoming a new group of missionaries at the MTC that day as well, and guess where they would be serving? None other than the ever so great and wonderful IPM! What?! Coincidence? I think not!!! So I thought I had met my teacher and it was really odd because both of us were filtering everything we were saying because it might have been a little odd to know to much about the brother who'd be teaching me. But turns out, the group going to the IPM was to big for one teacher, and my companions and I were the only ones not to end up in his class. Instead we have the wonderful sisters Merriman, and Hawkes, they are so cute, and shine so brightly with the spirit!!!

So I'm actually in a tripanionship with the wonderful sisters Hatch (from Arizona), and Smith (from Florida). I met Sister Hatch before in Arizona, and I actually got to skype with Sister Smith, so it wasn't to awkward an adjustment to be with them. They are so awesome and we work really well together, its a little odd teaching with three so we're still trying to figure it out, but we're getting better everyday!! 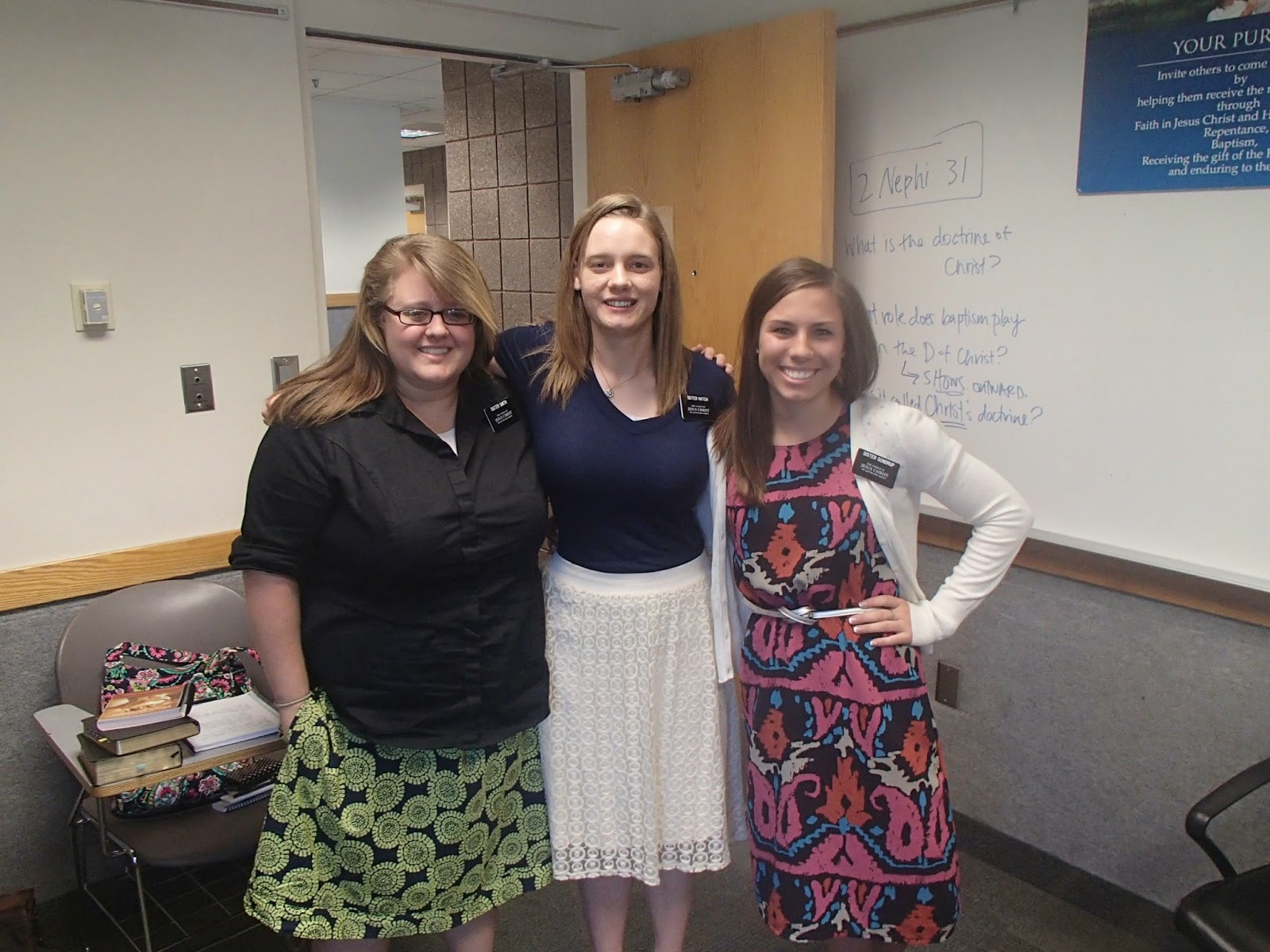 The MTC is nothing like I expected. ITS WAY BETTER!!!! I was joking earlier that they keep the classrooms so cold so that we can be warmed by they spirit! Is that true? probably not, but I like the idea of it!!! The spirit is seriously so strong at times its overwhelming, but you just keep pressing on and everything works out. The first night I was here we got to teach the AMAZING Sarah Mae. She is so cute, but she has had such a hard life, at the young age of 6 she was molested by her step dad, and he continued to do this for years. Later on she had her baby die after only a few days of life, and then her husband divorced her. Trial after trial came at her, and eventually it lead her to have no trust in Heavenly Father. She once had a testimony, but now she no longer does. It may not sound so bad being typed out, but as she spoke these words it was seriously heart wrenching, how can you have no trust and faith in your Heavenly Father, he loves you no matter what!!! Needless to say it was a hard lesson, and we've yet to meet with her again, but I hope we get the chance, because it's people like her that make me want to serve a mission, she is truly inspiring, and teaches me so much!!!

So I ran into Nikita, well rather, Elder Turley like a million times! Its funny we both keep slipping up and calling one another by our first names and our companions are like What? but we're getting better.

So my district is all Elders, expect my companions, they're going to Colorado Springs, and they are the biggest goofs! I seriously feel like an older sister they're just dorks! But so awesome, and they are always good for a laugh!!

Anyway I have like no time left, so that's all for now, I've attached some pictures, my goal is to take at least one a day. So we'll see if that works out!

Love always,
Sister Sondrup
What are my pictures? (I'm not sure if this in the right order)

1:me and sisters Smith, Hatch, Brimley, and Moreland (the lovely ladies of my zone, all going to IPM) 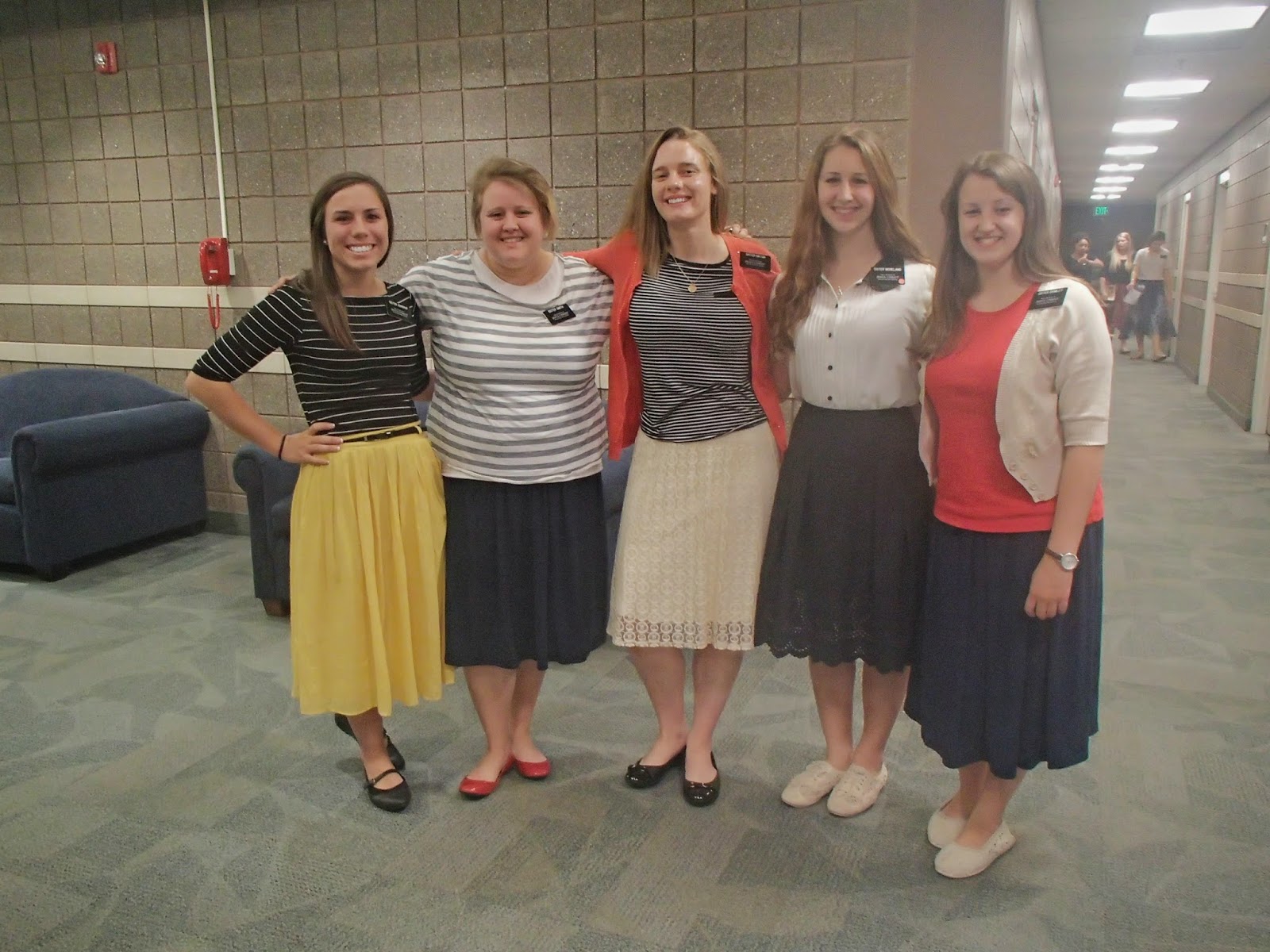 2:our room (its surprisingly clean) 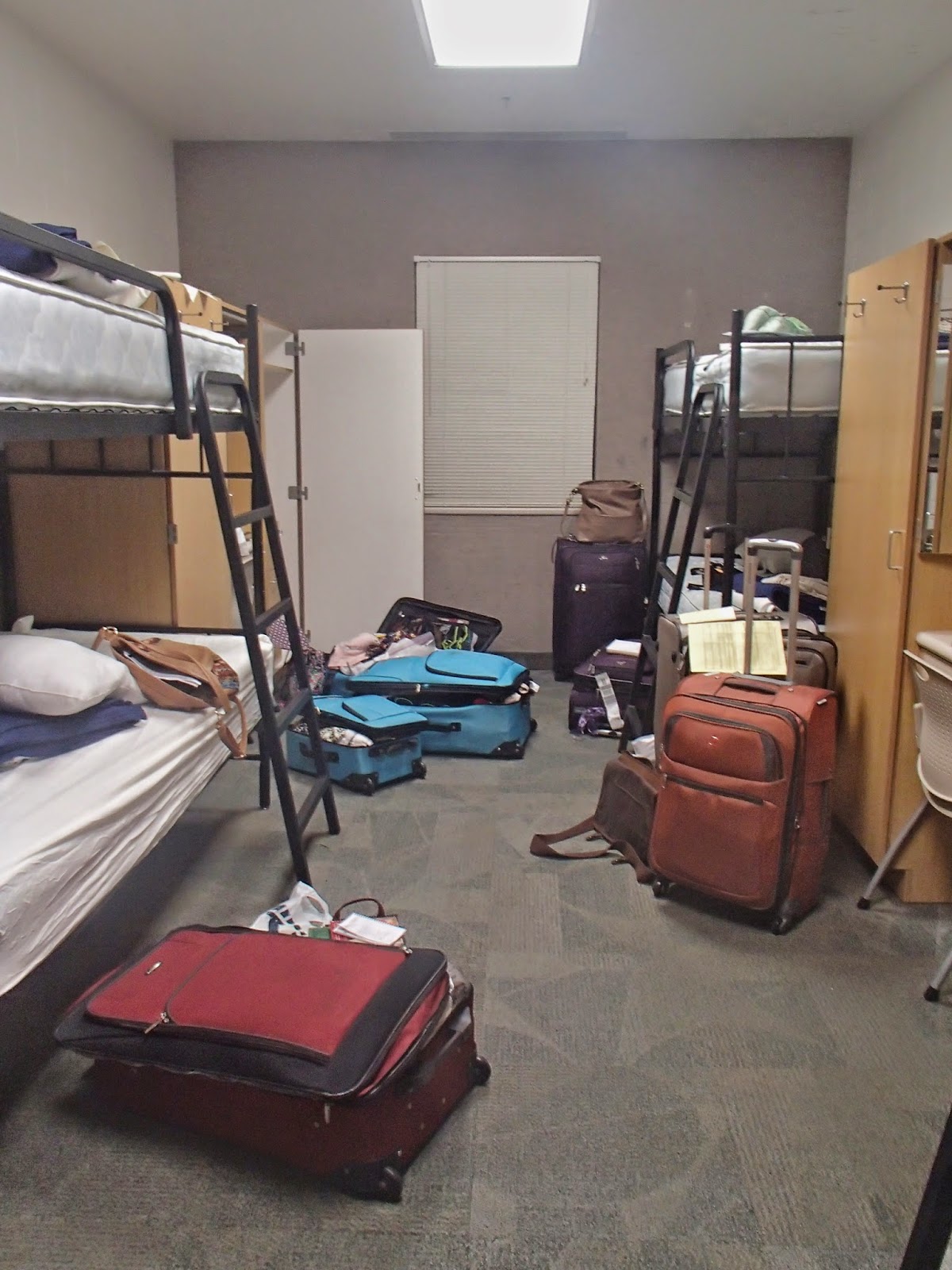 3:temple view from our classroom!! 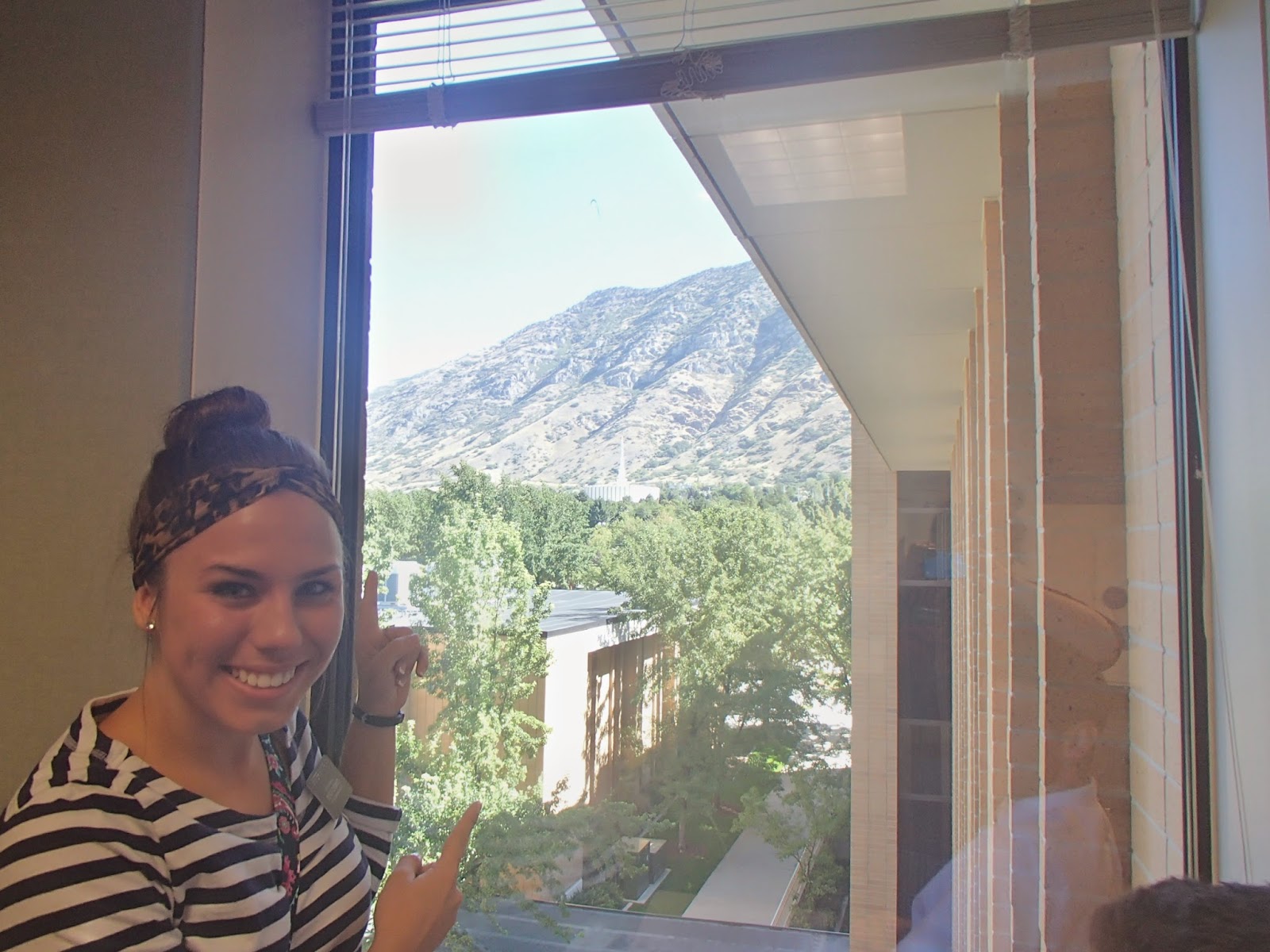 Provo temple!
4:How do you like those patterns together mom? 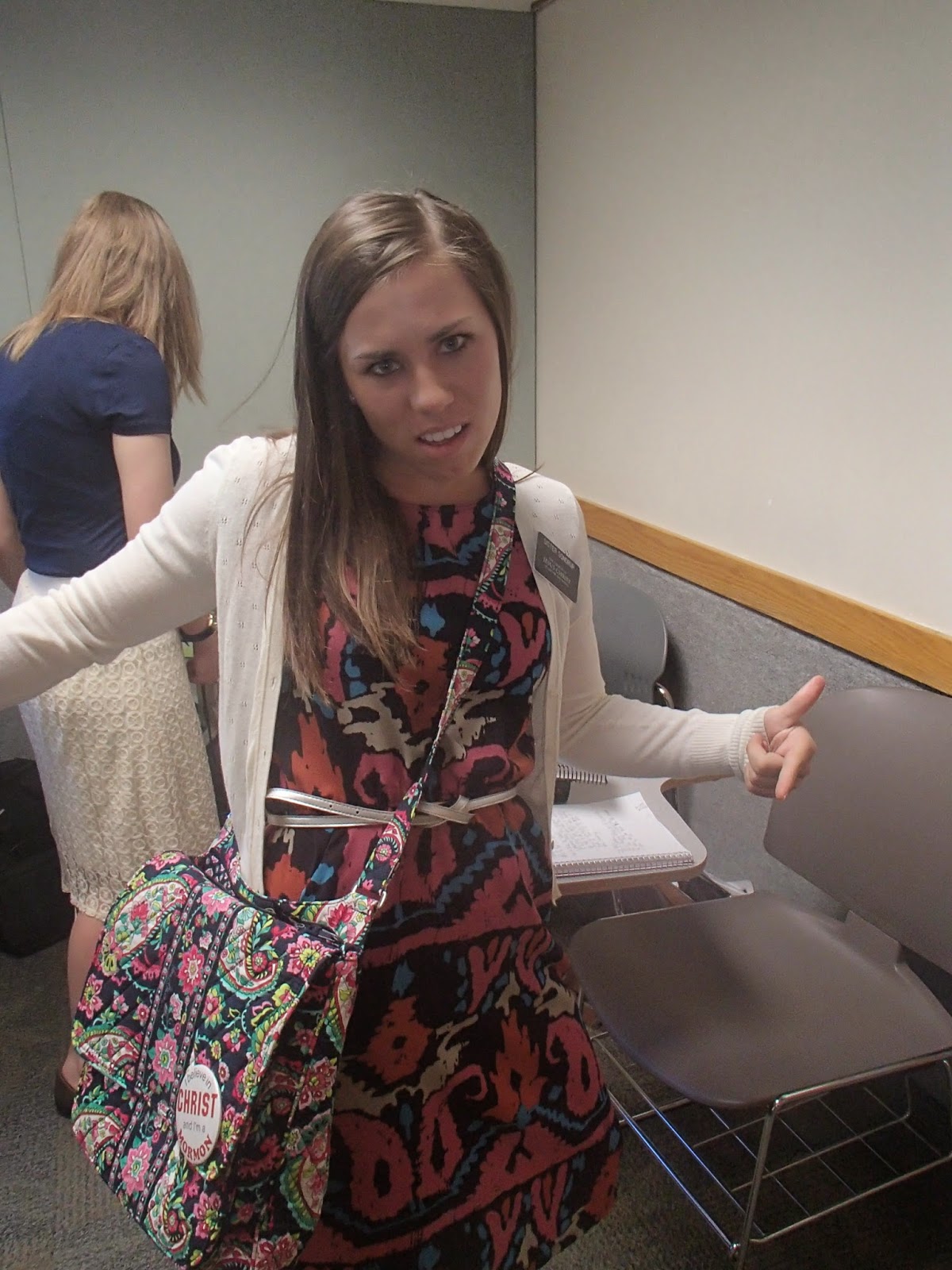 Also, Someones something exploded all over my luggage on the flight and now they stink like man, and are covered in big nasty brown stains, and ones ripping, awesome right? Oh well I'll survive!!! hope all is well! and my P day is clearly Friday!
Posted by Unknown at 2:21 PM No comments:

Arrived at the MTC

Well she is off on a new adventure. She managed to get her bags packed and was up early in anticipation to get to the airport 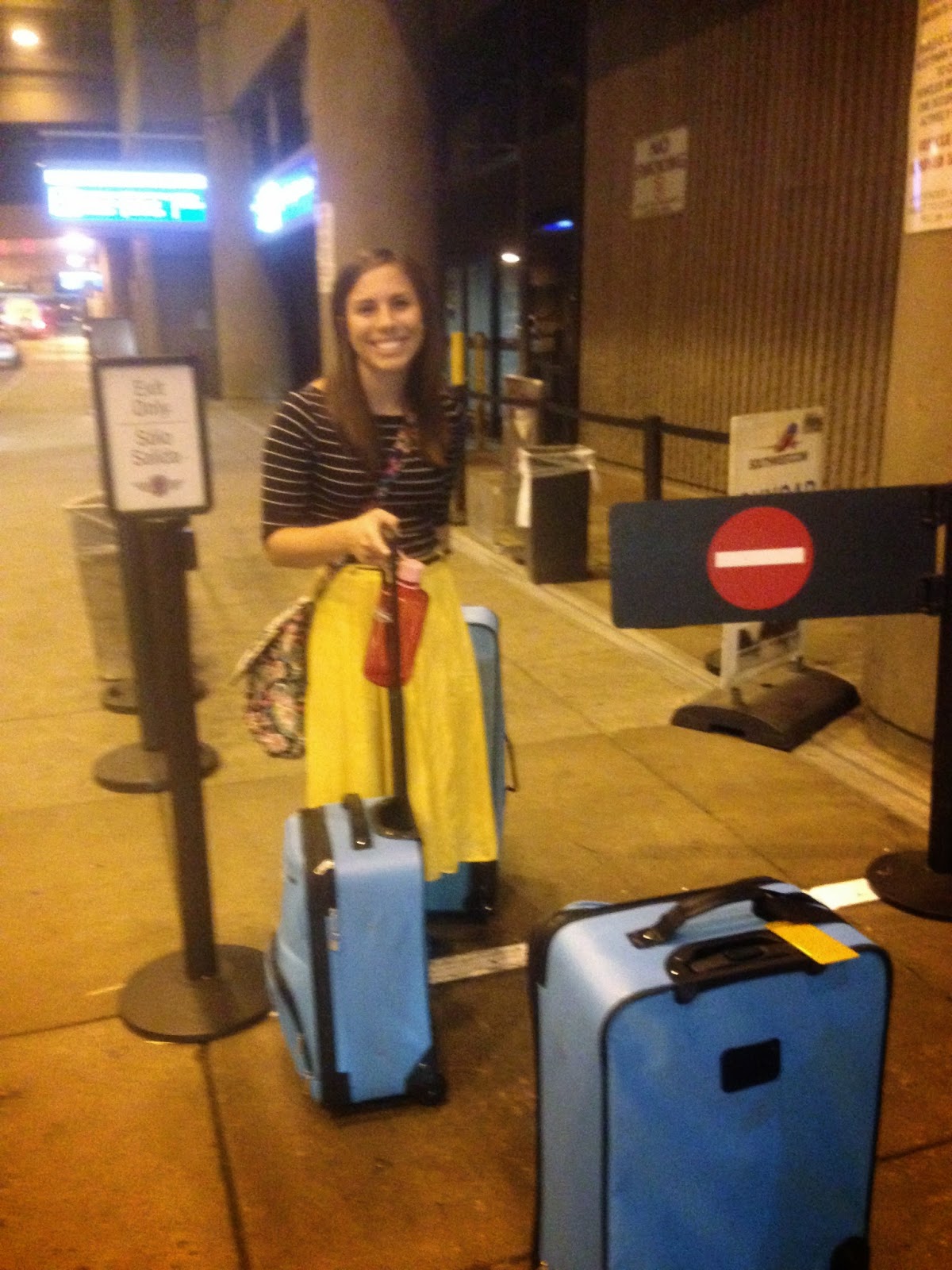 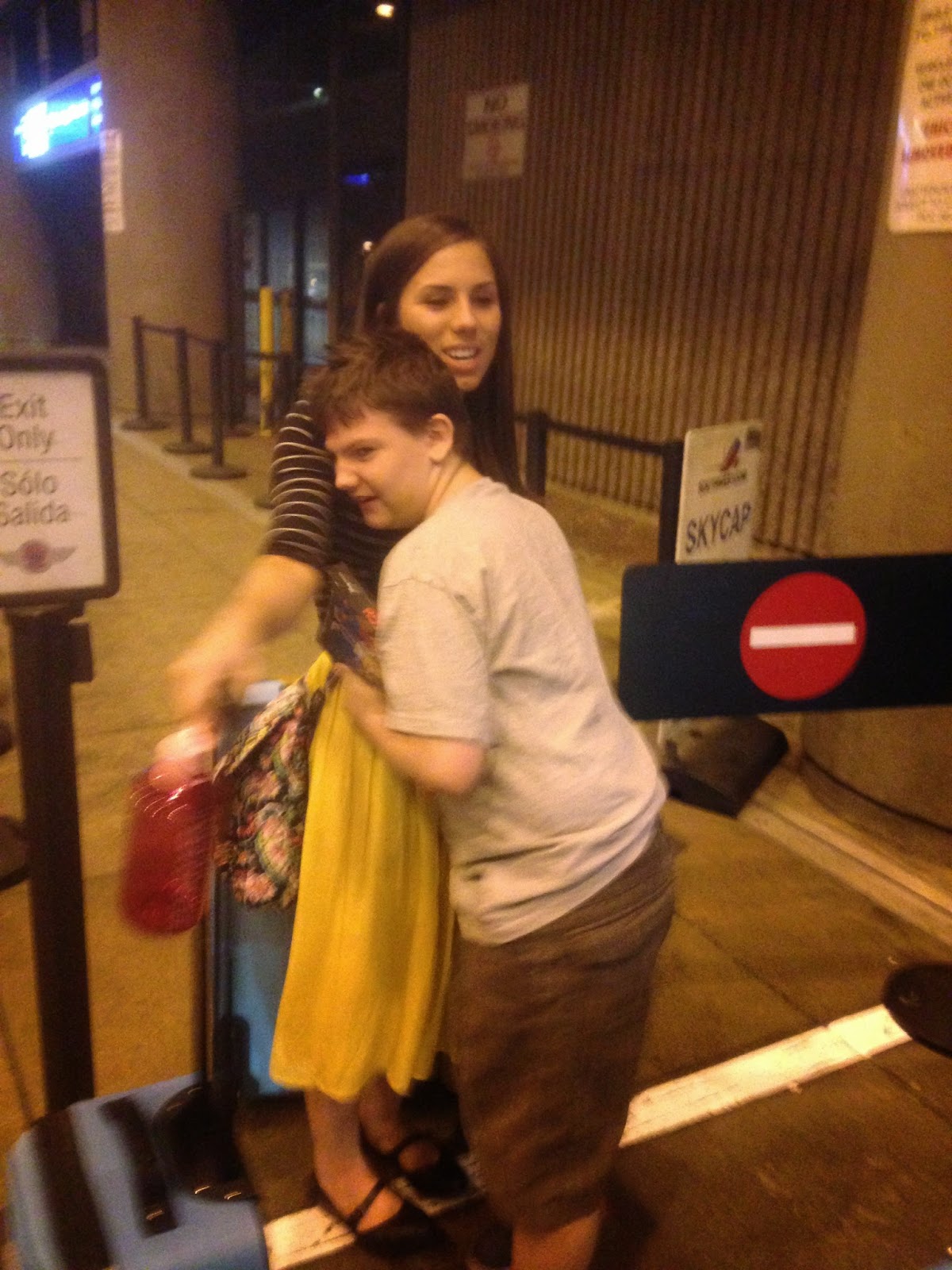 her little brother was the first to hug her off--he was very sweet and seemed to understand that she was going away for awhile. He did not cry or hang on like he does on occasion so that was a nice 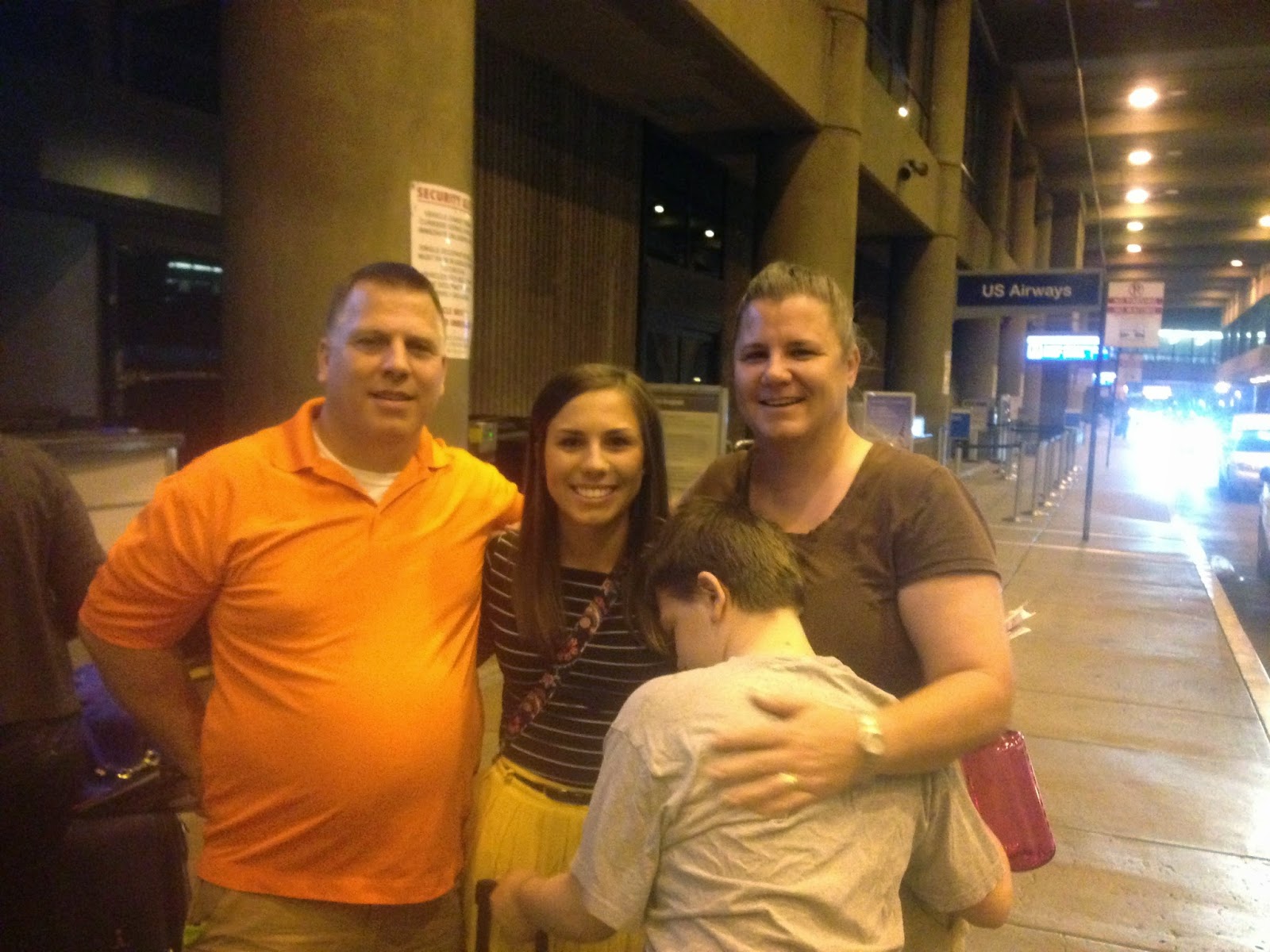 a few hours later she was picked up by her grandpa and uncle dave and they were able to drop her off at the MTC. You can just see the excitement on her face as she starts this new adventure. 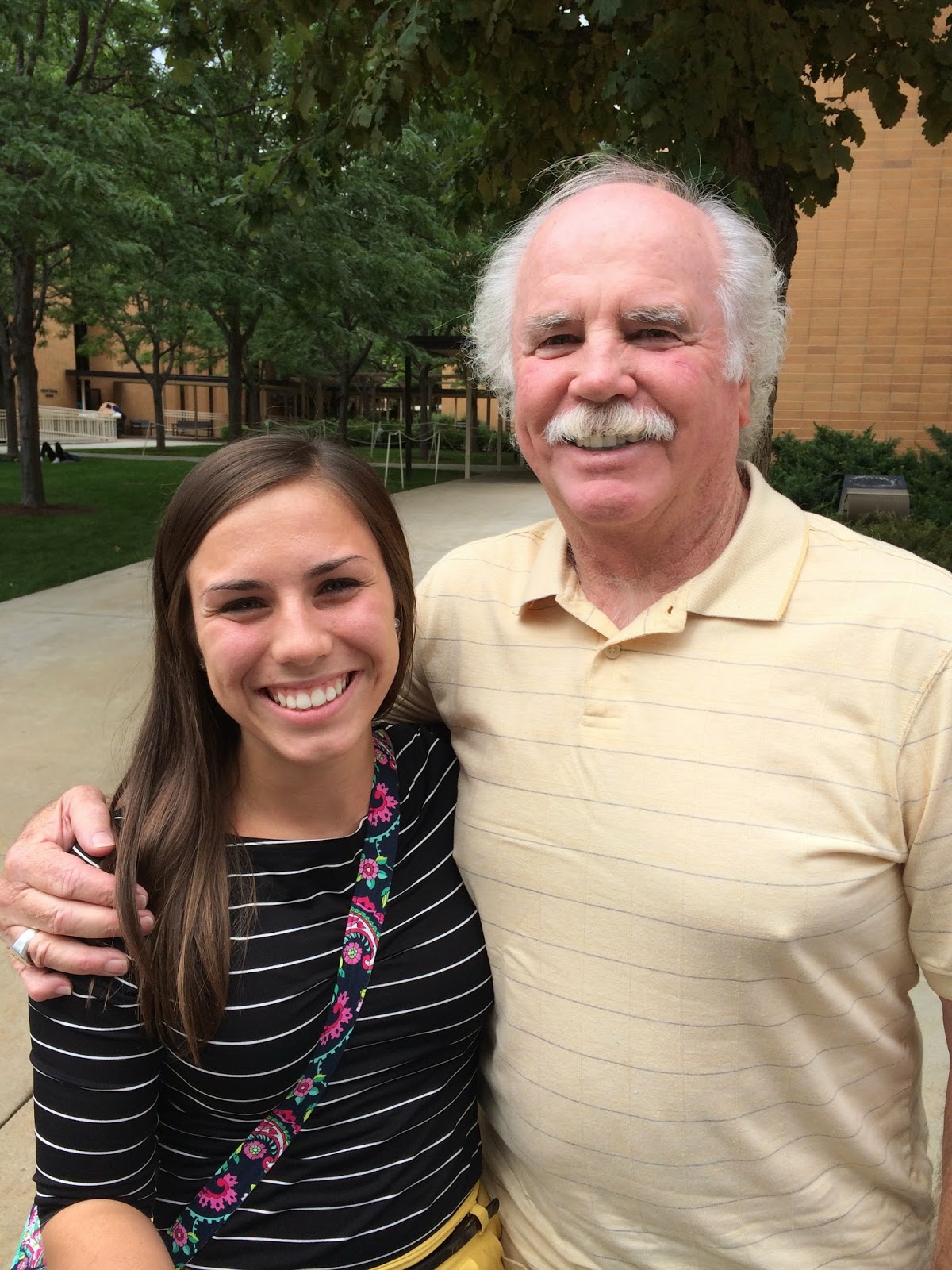 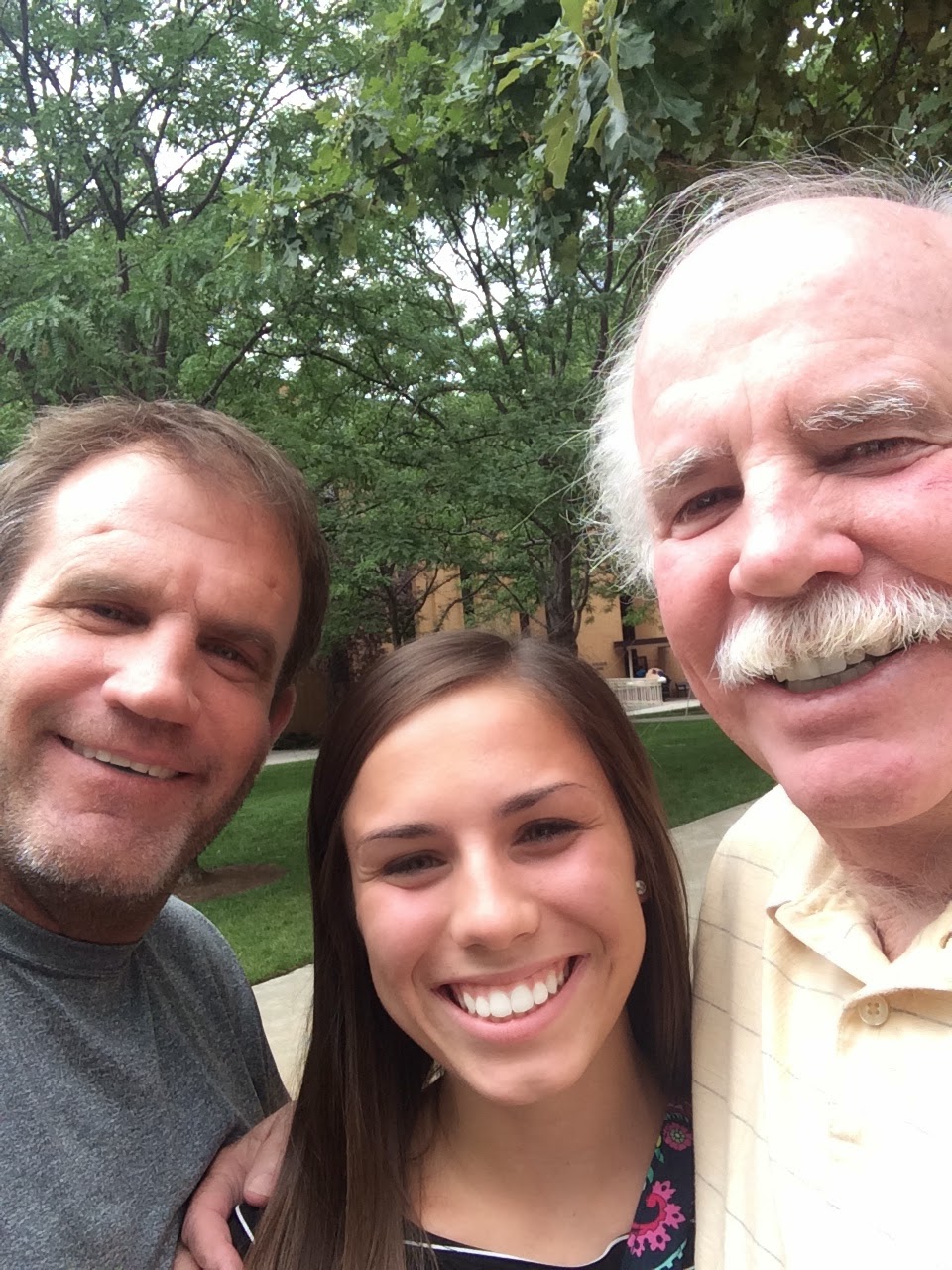 I'm Going on a Mission

Well, this post is definitely overdue. But here it is anyway!

I'm going on a mission. I received my call a few months back and have been assigned to labor in the Idaho Pocatello Mission. I cannot explain my excitement to serve the Lord and the feeling of peace and gratitude that I am trusted to do so. I know this church is true and I know that a mission will be hard, but it will be worth it.

My mom should be keeping up on the blog for me. So I hope you can read about my later adventures!
Posted by Unknown at 11:30 PM No comments: